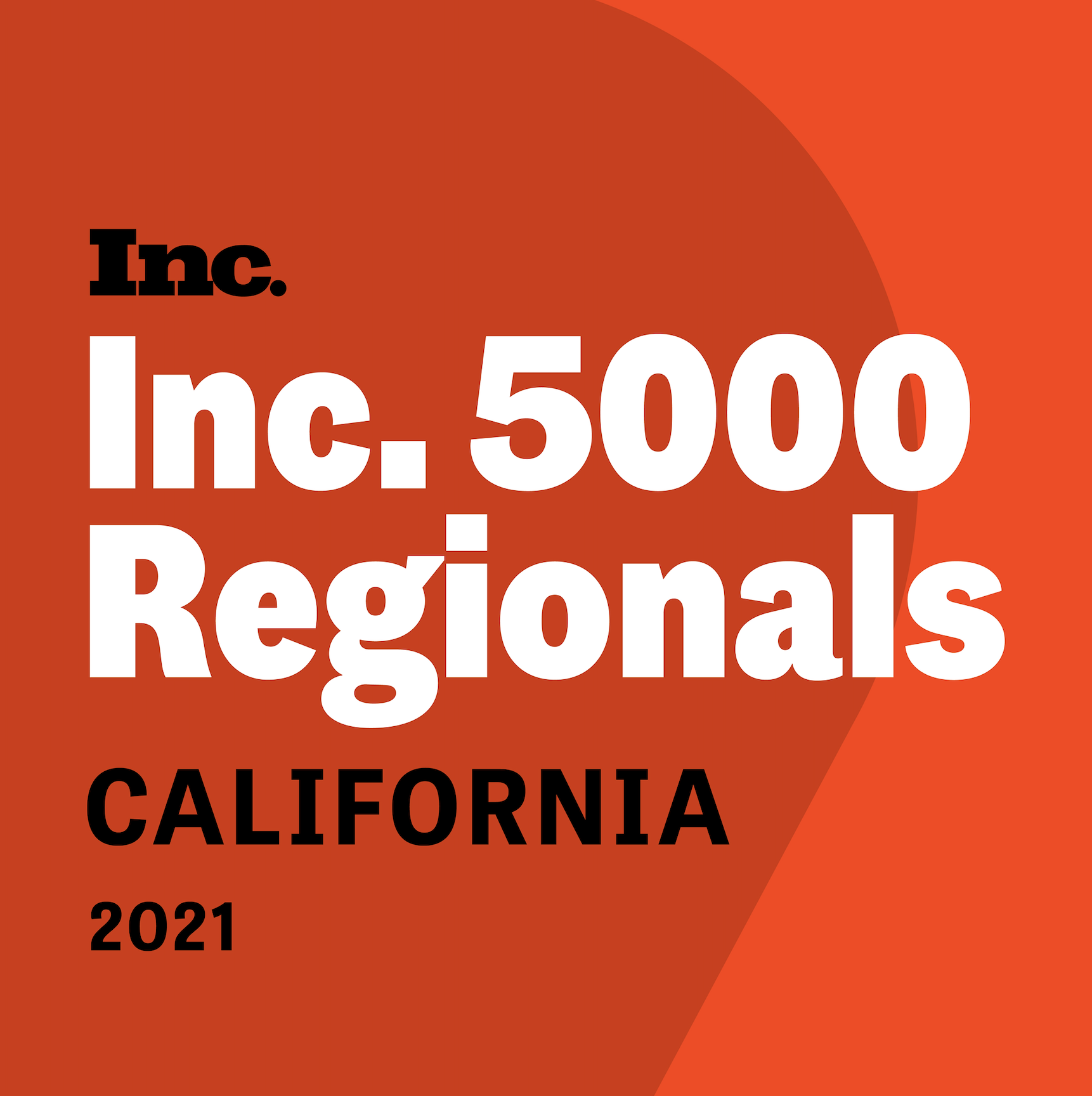 This is Tactical Edge’s 3rd Appearance on Inc. Magazine’s Lists of Fastest Growing Companies in Less than a Year

SAN DIEGO, CA March 16, 2021 –  Inc. Magazine today revealed that Tactical Edge is ranked No. 79th on its second annual Inc. 5000 Regionals: California list, the most prestigious ranking of the fastest-growing California-based private companies. Born of the annual Inc. 5000 franchise, this regional list represents a unique look at the most successful companies within the California economy’s most dynamic segment—its independent small businesses.

“California is one of the most competitive marketplaces in the world,” said John Goodman, Tactical Edge CEO. “This state’s private economy has been synonymous with innovation, and economic growth. As a California tech company, we’re proud to stand among the other cutting-edge Golden State organizations on this list.”

“This honor is all about the people who work here,” says Pete Vitale, Tactical Edge COO. “Our substantial growth is a testament to the accomplishments our team is making daily. Our clients in the public and private sector demand excellence, and I’m proud to say that our team has developed products and services that deliver just that.”

In 2020, Tactical Edge launched Tactical Edge Strategic Testing (TEST), one of the first independent and unbiased software testing services on the market. In 2021, Tactical Edge is poised to launch, Total Visibility Anywhere (TVA), a private version of their leading-edge asset-management solution developed for the U.S. Department of Defense. TEST and TVA  join Tactical Edge’s impressive roster of services and solutions designed, developed, and deployed for government agencies, the U.S. Military, and private companies worldwide.

Companies on the Inc. 5000 Regionals: California list of fastest-growing companies show stunning rates of growth across all industries in California. Between 2017 and 2019, private companies had an average growth rate of 535 percent, and, in 2019 alone, they employed more than 40,000 people and added nearly $7 billion to the California economy. Companies based in major metro areas—Los Angeles, the Bay Area, and San Diego—brought in the highest revenue overall.

Complete results of the Inc. 5000 Regionals: California, including company profiles and an interactive database that can be sorted by industry, metro area, and other criteria, can be found here.

“This list proves the power of companies in California no matter the industry,” says Inc. editor-in-chief Scott Omelianuk. “The impressive revenues and growth rates prove the insight and diligence of CEOs and that these businesses are here to stay.”

For a consultation on any of Tactical Edge’s solutions and services, contact Peter Vitale, COO at Peter.Vitale@tacticaledge.us

The 2021 Inc. 5000 Regional are ranked according to percentage revenue growth when comparing 2017 and 2019. To qualify, companies must have been founded and generating revenue by March 31, 2017. They had to be U.S.-based, privately held, for-profit, and independent—not subsidiaries or divisions of other companies—as of December 31, 2019. (Since then, a number of companies on the list have gone public or been acquired.) The minimum revenue required for 2017 is $100,000; the minimum for 2019 is $1 million. As always, Inc. reserves the right to decline applicants for subjective reasons.