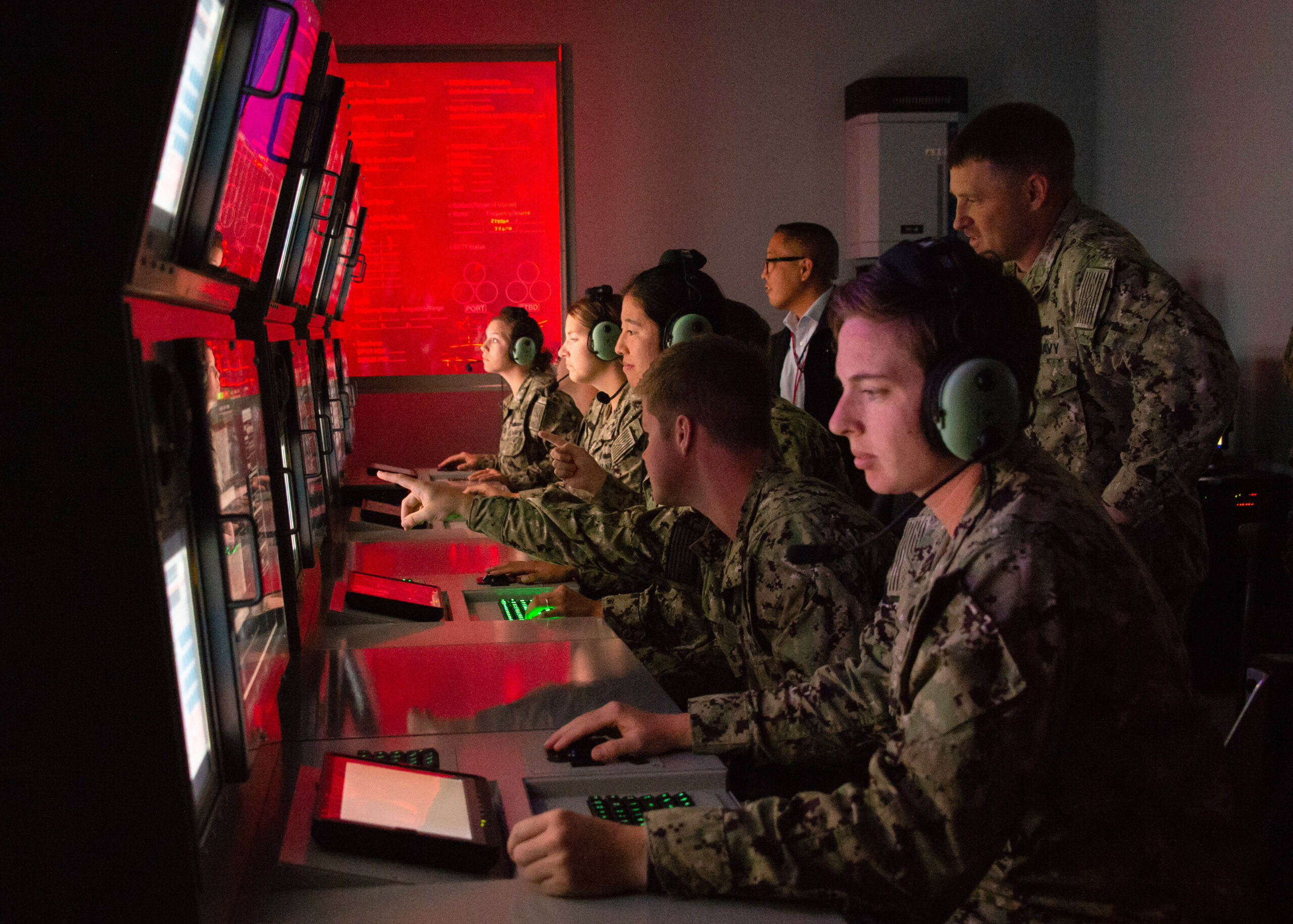 In business, some innovations are born from necessity. Software Testing is not different.

Many significant innovations have been born out of the development of unrelated programs. Amazon, for example, was originally a book-seller. To deliver the books, they created an efficient supply chain. Jeff Bezos was smart enough to realize the efficiencies he had made, so he leveraged his newly constructed supply chain to create a behemoth retail organization that has changed America.

For the past few years, Tactical Edge has been working on the MLS2 program, a suite of logistics systems that supports the Marine Air-Ground Task-Force (MAGTF) over several different platforms. MLS2 is a critical part of the United States Marine Corp supply chain. The data these logistics systems provide are integral in making decisions.

For software developers, one of the challenges around any program is testing. If not done precisely and efficiently, software testing can derail an entire software development project.

Tactical Edge has been able to fine-tune and improve on its testing program. So much so that we now consider it an area of expertise. Tactical Edge recently announced its brand new testing service launch, Tactical Edge Strategic Testing (TEST).

With TEST, Tactical Edge allows other government agencies and private companies to take advantage of the tools, expertise, and efficiencies that we’ve developed over the MLS2 development cycle.

After a distinguished career developing software and software testing strategies for large private companies, Michelle Weiss joined the Tactical Edge Team in 2017. During her career, much of Michelle’s focus was on designing and building automated testing protocols for companies like Strayer University, Exostar, and GDIT. After joining Tactical Edge, Michelle led the testing for Telemetry, a Department of Defense logistics asset management solution.

When designing testing, Michelle says that she creates standardized and centralized testing protocols to catch everything. This means acquiring tools that can automate the testing process. For Michelle, testing is all about asking the right questions. “The goal is to catch bugs in production, rather than post-implementation.” She says, “Are there any innovations that can help? Is there any way to standardize the protocol? Is the team standardized? The testing strategy must be the basis for the testing plan.”

When Michelle joined the MLS2 Project, she identified some key challenges that would need to be addressed to streamline the testing procedure.

No Automation – Like many software development projects, software testing on MLS2 was being done manually. Manual Testing can be labor-intensive and take up a lot of time. For example, when multiple systems require patches monthly or weekly, this can take up to 2 or three hours of Testing manually for each system.

No Formulization – Critical areas lacked formalization. The testing documentation was not centralized in one place. In MLS2, testing was compartmentalized for all three systems within the overall program.

There was also no formalization of the test cases, test plans, and reporting. Test Results and Test Reporting were recorded within a spreadsheet manually with multiple tabs. Recording data this way can make the dissemination of information and detecting problems more difficult. Testing plans needed to be more detailed providing government risks and other crucial information.

Dense Reporting – Adding to the difficulty was MLS2’s overcomplicated testing reports. For the MLS2 team and the client, the testing reports were hard to read and disseminate into actionable responses. The reports contained no summaries, so the reports felt like dense data dumps. Plus, performance testing was only being conducted on two of the three systems.

Michelle was able to address each critical issue through formalizing and automating the process. For example, Michelle automated performance testing by investing in a tool that could be used on all three systems.

Michelle invested in tools that managed testing like Robot Framework, which is used to automate functional testing, and X-Ray, which is used to manage test cases and reporting. With Robot Framework, you click, and the testing runs. The system then validates the test internally. This flow saved time and staff-hours. Testing that used to take multiple days now only took one.

MLS2 software testing also became centralized. Testing data moved out of the spreadsheet, and all three systems lived within one single system. Each team member had their area of focus but reported their findings to a centralized point. This change cut down confusion between the systems, more nuanced detailed reporting, and more discovery of more bugs before production.

Reports also became easier to digest. Michelle instituted summary dashboards that showed PASS/FAIL results for each part of the three systems. With weekly check-ins, the team was able to determine areas of focus and calculate actionable responses.

Overall, the efficiencies developed ended up saving the program time and money in testing. But more importantly, the organization was able to detect more problems earlier, saving BIG cash down the line in costly fixes.

Sometimes you need an outside, impartial testing service to come in and change how you’re conducting software testing. For Tactical Edge, it required bringing in someone from outside the MLS2 program, like Michelle, to see places that needed fixing and tightening.

According to Tactical Edge’s CEO, John Goodman, “Under Michelle’s leadership, the Tactical Edge Test Team has been able to deliver a product that is light years ahead of the previous deliveries. Helping the Government reduce costs was a key priority to this customer, and following the recommendations that Michelle has made, we can do that; Providing a higher quality product to the warfighter at a lower cost to the taxpayer.“

Unfortunately, in today’s market,  many organizations rely on their software contractors to conduct testing. It’s a conflict of interest that ends up costing organizations a lot of time and money, later down the line.

TEST is the direct result of systems created on programs like MLS2 and the investment that Tactical Edge has made in their testing program. . The testing team has been able to invest in tools that many software developers don’t have. Organizations can now leverage TEST’s standardized systems, team expertise, and tools for their software testing.

For a consultation on the new TEST service, contact Megan Gerstenfeld, Product Lead for Strategic Testing Services at megan.gerstenfeld@tacticaledge.us