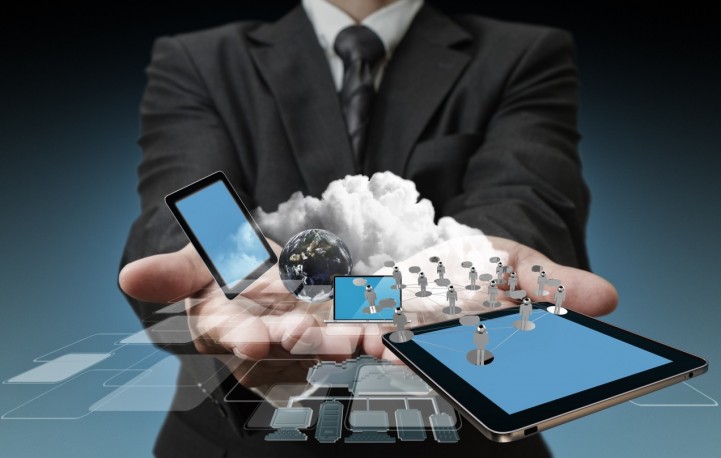 Technology in the hands of businessmen

Every logistics company in the world has a desire to see inside their distribution channels.  They have a need to understand where their shipments are at any given time, the conditions in which they are traveling, and they need to be able to predict when the shipment is expected to arrive.  And there is a strong, positive correlation between the amount of information the company has and their success.  FedEx can tell you where your packages are within a day or two.  Amazon can somehow get anything to you within two days, and not only that, they alert you after its been delivered. Like you’d somehow forget to pick up that Parks and Rec Season 7 Blu-ray set you ordered…come on Amazon, let’s get serious here…

One thing that the Department of Defense (DoD) has in common with FedEx and Amazon is that it too is dependent on its Logistics systems.  Not being able to account for assets in transit has consistently plagued the different branches, causing the reordering of supplies and other assets on a massive scale.  Examples can be found all over the news, such as this one, published in the Washington Post in March 2015 which details how the Pentagon lost $500 MILLION dollars in counterterrorism aid in the form of weapons and ammunition. Need further proof? How about this article in the Guardian talking about how the United States doesn’t know where $12 BILLION in cash went…

These supplies then cause backups in Warehouses and Distribution Centers, forcing our service men and women to work harder to find what they need to get to the front lines and support the fight.  Not to mention, the duplicative spending on the repeat orders.  In an era when our Armed Forces are constantly being asked to do more with less, this area of excess spending needs to be addressed.

How did we get here?

As with everything else, we got here with good intentions.  The solutions often employed by Service branches were once cutting edge, and were viable solutions when implemented. However, as time went on and policies got entrenched, the technologies advanced, but the In-Transit Visibility solutions didn’t.

Problems with the current solution

As we talk to different service men and women that work in the Defense Distribution Industry, we hear a lot of the same problems. And what we have taken away from these discussions is that the current systems are looking to provide the user with data, when what they really need is information.  There are these different stove-piped systems, each managing and maintaining certain elements of data for which they are the authoritative source.  Some of these are hand-fed information, others get uploadsby technologies such as RFID readers.  But they are all looking at point and time data, and they rely on the user to take that data, and turn it into actionable information.  Unless there is pilferage, nobody cares about where an asset was at any particular point in time, they care about the following three things:

These systems, while again – designed with the best of intentions, are putting a lot of pressure on the service men and women to find relevant information, determine which data is accurate and timely, and then make decisions on it with people’s lives on the line.

With the continual advancement of Information Technology systems, standards, and capabilities, now is a good opportunity to take some of that pressure off of soldiers, sailors, marines, coast guard, and airmen, and start expecting our technology to carry a heavier burden.

New Technologies coming to the forefront

While not all of these technologies may be needed in the final solution, below is a list of a few technologies that could begin to do some of the computing and reasoning that has traditionally been placed on our DoD Logisticians.

The six new technologies outlined above are a few of the technologies Tactical Edge has been experimenting with in our Research and Development efforts in support of the Office of Naval Research.  Our solution consists of a Semantically-enabled Data-as-a-Service (DaaS), that intrinsically understands the relationships between systems commonly used for ITV, it connects to a Big Data backend for storing historical data and context, we have incorporated a real-time weather feeds and designed an alert system.  Our DaaS is accessible as a mobile app, or across a standard web browser, and we are currently beginning to explore the benefits of Machine Learning.  And while I’m not here to tell the government that this is their next solution, I am here to tell them we are onto something and to take a good hard look at our solution set. Because once we show a Logistics-focused serviceman the actionable information they could receive with our system, you can’t ask them to go back to their old ways. It’d be like telling Henry Ford that we don’t need his automobile, we are fine sticking with our horses.